Why is this Nikola Tesla guy on a Hamilton Street Sign? 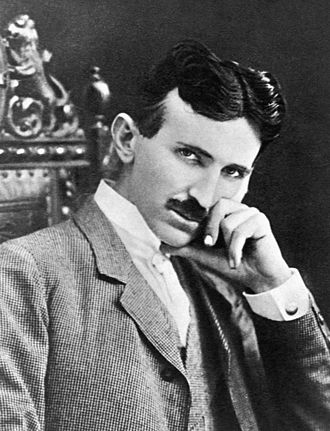 So who is this Nikola Tesla and why did the city rename a part of Burlington Street in his name? 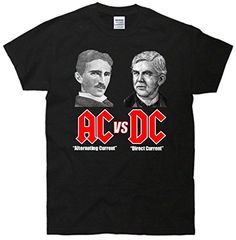 Short Answer! Tesla turned the lights on in 1898.

COMPILED INFORMATION IS SUBMITTED BY PAUL CROSSMAN – OWNER OF PUTNEY’S BRAKE AND ALIGNMENT SERVICE
Paul is a proud Hamiltonian and loves to share stories and history of the local area.
Check out Putney’s Website for other great information about hamilton PUTNEYS.CA

Nikola Tesla’s work and patents in ‘Alternating Current’ with George Westinghouse created a steady and reliable electrical grid. With permission, The Cataract Electrical Company built a Hydro-Electric generation plant for Hamilton at Decew Falls in 1898 that continues to work to this day, incorporating Tesla’s A.C. power generator. While many other industrial cities were working with steam energy and trying to develop working systems in Thomas Edison’s ‘Direct Current’ world of theory, Hamilton was a beacon in the night. This was called War of Currents with Edison and the American Scientific Council choosing a safe but unreliable D.C. path and lobbying government and authorities to discredit Tesla’s A.C. as dangerous and unreliable. AC/DC?

Hamilton was called North America’s City of Lights for decades. The Steel Industry came to Hamilton for reliable power. Other industries requiring steel opened up shop in Hamilton because of the ‘Cheap Electricity’. Hamilton was a major manufacturing hub. Tesla and Westinghouse would also tame the current at Niagara Falls by building the first major hydroelectric power plant in the world. Tesla’s polyphase power generation system would go on to be a standard in the industry until this day.

Tesla is not a one hit wonder. While he was later in life referred to many in the press as a ‘Mad Scientist’, Tesla held patents in many different areas of scientific discovery and was considered a genius by many of his peers. Albert Einstein was once asked what it was like to be a genius. His response was “I don’t know! Go ask Tesla!”. Many modern day scientists now believe many on Tesla’s ideas were truly ahead of his time. His work in wireless communication (Radio and Cellphones), X-Ray imaging, wireless remote controls and theories in wireless electrical charging (Near Field induction) and description of futuristic devices we would carry in our pockets that could communicate information, audio and video are now common place but at the turn of the twentieth century sounded like magic to many. Elon Musk named his automotive company after Tesla because at the heart of every one of his vehicles is a Tesla Alternating Current Motor based on Tesla’s 1882 design.

FYI – DeCew Falls (Thorold) had another historic footnote in American/Canadian history.  The Stone House that was on the grounds until 1950 was the destination of Laura Secord on her historic 32km foot race to warn Fitzgibbon of the advancing American troops.