Music – As Important as Math & Science 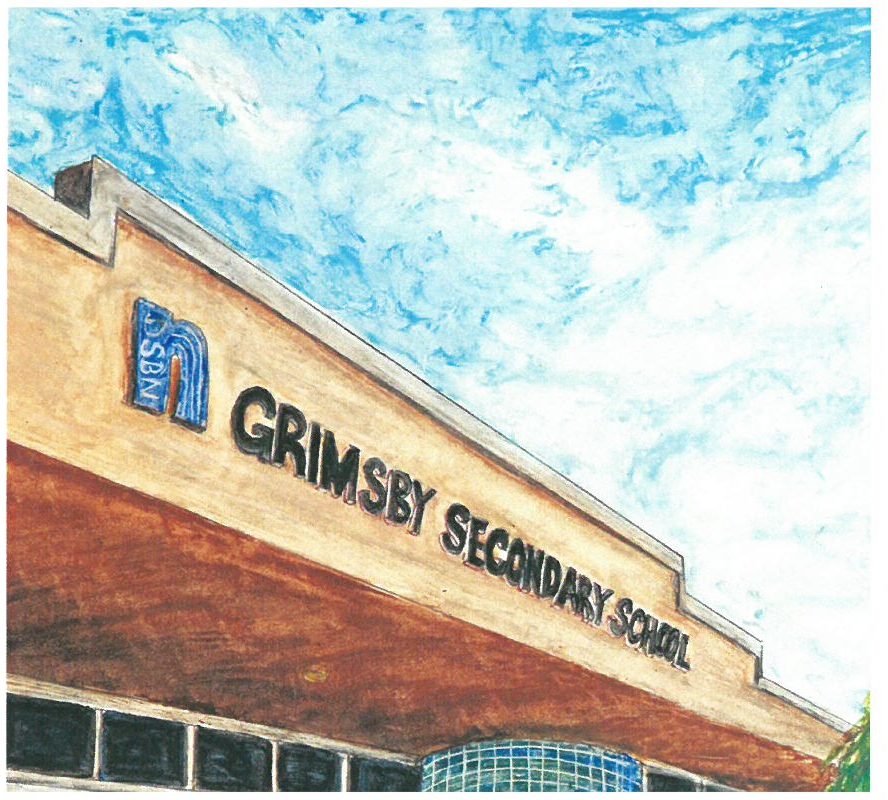 Every year we support the arts with a small music bursary or scholarship to a graduating student of Grimsby Secondary School. The Helen Bridgewater Memorial Scholarship might only help a student with a couple of text books in college but it’s purpose is to acknowledge the students commitment to making music an important part of their lives. The award recipient is chosen by the music faculty as a student who exemplifies a love of music and has used music to inspire others. We do not require any post secondary commitment to a study of music. We only want them to keep music in their lives. We are strong supporters in bringing S.T.E.M (Science, Technology, Engineering and Math)education into our local schools but not at the expense of the arts.

Helen Bridgewater was not a High School Graduate.

Born in the early 1900’s very few people and even fewer women went to a secondary education. She was a Granny and Great Granny to a few Grimsby Secondary School Graduates that have gone on to have some very interesting lives. A Polio survivor, her mother was told by doctors that baby Helen would be crippled for her very short life. Helen proved them wrong by outliving them all. She played the organ for the St. George’s Anglican church in Hannon from a very young age. As a young woman and later a widow she played piano with many of the Big Names in the Big Bands that were travelling through Hamilton. She taught music to make ends meet to hundreds of students. As a Grandma she always had a spot at her organ and a tin of Belgian Cookies. She could read music but it was amazing when she played by ear. “Hum a little dear” and in a few bars away she would go. Into her late 90’s she would be picked up on Sundays from her senior’s apartment and driven to the New Village Retirement Home to ‘play for the old folks’ Many of whom were 20-30 years younger than her. When she was driven back to her apartment her neighbours would be waiting for her to lead them in a more boisterous sing-a-long in the rec-room. Later as a resident of the retirement home we learned not to visit her on Sundays after lunch as she had a performance schedule to keep. She lived to be 100 years old! She lived through a few wars seeing family and friends go off to protect us and to mourn the ones that never returned. She survived the Great Depression (Oh the stories she told us!). She outlived two husbands, most of her siblings and some of her children. She was a survivor who was always ready to put you in your place when you stepped out of line but had a hug and a peck on the cheek whenever you visited.

Our Mom started this Memorial Scholarship in Grandma’s name with the small amount Grandma left her children when she passed away in 2008. When it ran out we were honoured to pick it up and carry it on. 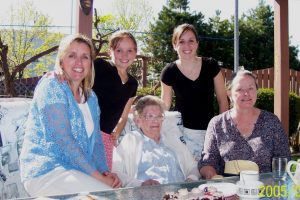 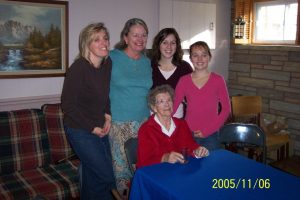 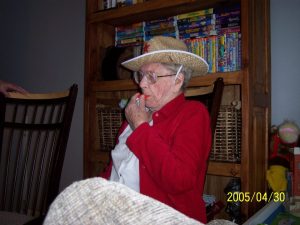 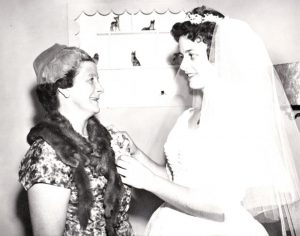 Every year we receive a very nice thank you letter from a graduate of Grimsby Secondary School about themselves and their future.